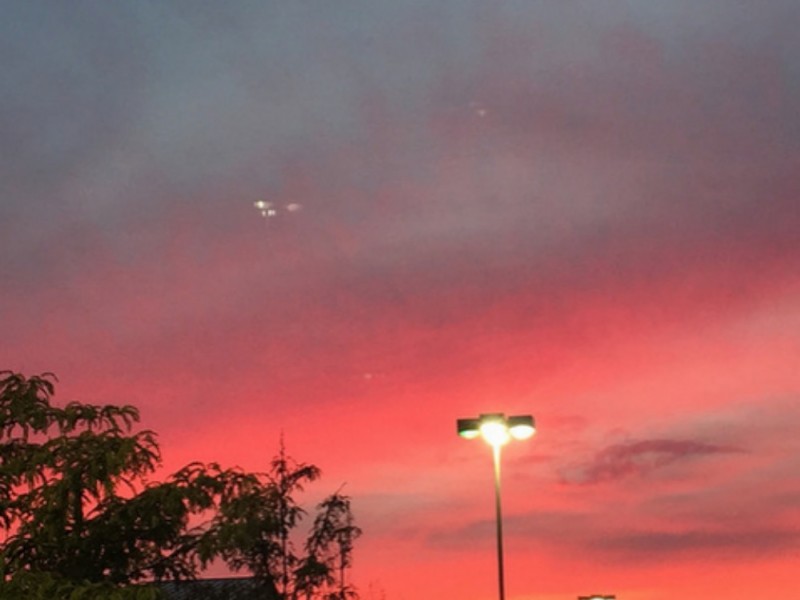 During the last few years, Granite Staters looking up at the sky have seen some pretty strange, unexplained things including triangle shaped flying objects and orbs that appear to dance in the sky.

And just three days ago, more dancing light orbs were seen and photographed just above the skyline over the Steeplegate Mall in Concord.

Mike Pittaro posted the latest sighting on Facebook – a 3-plus minute video shot above the Home Depot area of the plaza at just after 7 p.m. on Sept. 21, 2015. Pittaro stated in the recording that he was unable to see the orbs with the naked eye but when looking through his camera, could seem the orbs clearly. The video was shot after the sun was setting and dusk began to set in. Pittaro noted that he and his wife had irregularly taken photos of the sunset but had never seen anything like this before.

“My wife started taking photos of the sunset and caught the UFOs,” he wrote in the thread. “These objects were NOT visible to the naked eye. After asking multiple people to use their cellphones, they too caught the exact same UFOs, verifying what we were recording. My wife and I have a good amount of video and photos between us, and what I shared here is what I felt was the best of what we filmed.”

The light orbs were in the sky and situated in a stationary area while shifting positions for most of the video. The orbs appeared, at times, to break off into smaller lights. At one point in the video, some lights broke off from the main cluster and then a couple of minutes later, reappeared. Pittaro had a friend enlarge some screenshots from the original video in order to examine the orbs up close. The enlargements revealed silver-gray metal masses with rounded edges.

Read more about it here!