For the past decade, I've done active and passive research on Sasquatch, especially in the Pacific Northwest.  Some of the evidence wound up in my books, TALES OF THE CRYPTIDS and IN SEARCH OF SASQUATCH.  Others came to my attention after the books had been published.  I share some of those stories here, for your consideration! 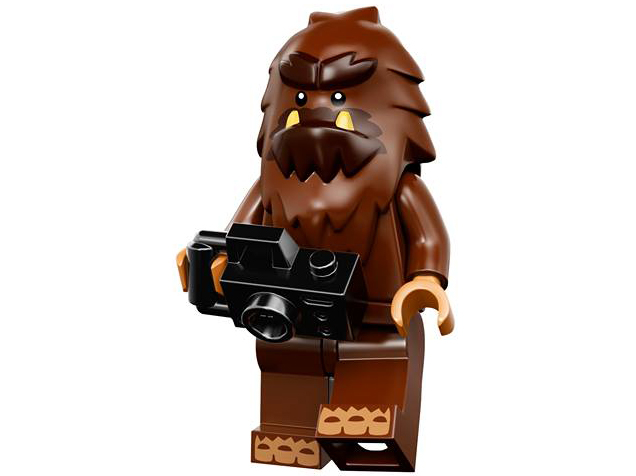 caitlin from khq talks about sasquatch -- with me!

SASQUATCH ON TOUR CONFIRMED AS HOAX
Rick Dyer -- the man in the cowboy hat --claims he shot and killed a Bigfoot near San Antonio, Texas and he is touring the body all over the United States.  He says he shot the Bigfoot as a film crew from the BBC were shooting.  He claims a team of university scientists studied and autopsied the body.  And he says these pictures are proof the animal really exists.  It was confirmed as a hoax, but even before it was, I was relatively sure of that outcome.  Why?

I looked at the pictures, listened to Mr. Dyer's interview on Australian television and wondered:

I then listened to Dr. Jeffrey Meldrum's comments on Dyer's claims.  Then I considered the evidence.  That said, if Rick Dyer ever brings his Bigfoot trailer to Spokane, I will pay to see his creature.  I will take pictures of my own, and it will be fun.  But it will be fun as a hoax, not the real thing. 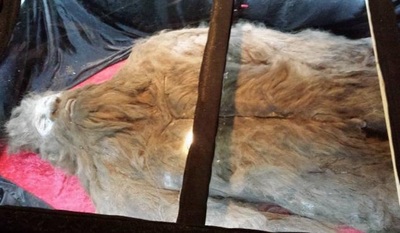 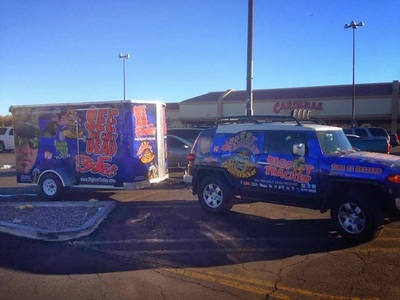 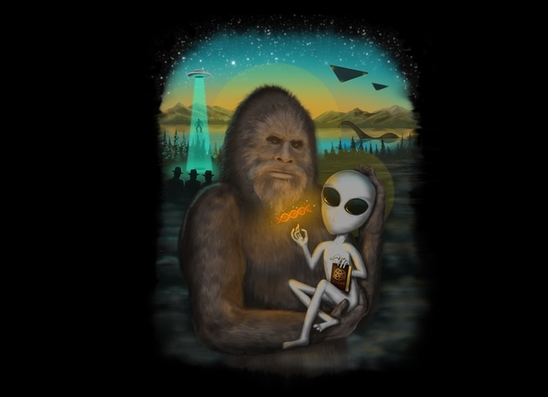 Here's a link, in case you want one too. Thanks Ann Downer, for the head's up.

This is a press release about Dr. Ketchum's DNA finding, after five years of studying Bigfoot DNA samples.  I'll have to read the peer reviewed paper, but if this is true, WOW.  She basically says Bigfoot is a cross between early man and an unknown primate likely to have first appeared in North America about 15,000 years ago. She warns that the the population should be legally treated as an indigenous people, fully protected under the constitution and the laws of the United States.

I'll let you know what I think after the actual scientific paper is released to the public.  But, WOW.

DALLAS, Nov. 24–A team of scientists can verify that their 5-year long DNA study, currently under peer-review, confirms the existence of a novel hominin hybrid species, commonly called “Bigfoot” or “Sasquatch,” living in North America. Researchers’ extensive DNA sequencing suggests that the legendary Sasquatch is a human relative that arose approximately 15,000 years ago as a hybrid cross of modern Homo sapiens with an unknown primate species.

The study was conducted by a team of experts in genetics, forensics, imaging and pathology, led by Dr. Melba S. Ketchum of Nacogdoches, TX. In response to recent interest in the study, Dr. Ketchum can confirm that her team has sequenced 3 complete Sasquatch nuclear genomes and determined the species is a human hybrid:

“Our study has sequenced 20 whole mitochondrial genomes and utilized next generation sequencing to obtain 3 whole nuclear genomes from purported Sasquatch samples. The genome sequencing shows that Sasquatch mtDNA is identical to modern Homo sapiens, but Sasquatch nuDNA is a novel, unknown hominin related to Homo sapiens and other primate species. Our data indicate that the North American Sasquatch is a hybrid species, the result of males of an unknown hominin species crossing with female Homo sapiens.

Hominins are members of the taxonomic grouping Hominini, which includes all members of the genus Homo. Genetic testing has already ruled out Homo neanderthalis and the Denisova hominin as contributors to Sasquatch mtDNA or nuDNA. “The male progenitor that contributed the unknown sequence to this hybrid is unique as its DNA is more distantly removed from humans than other recently discovered hominins like the Denisovan individual,” explains Ketchum.

“Sasquatch nuclear DNA is incredibly novel and not at all what we had expected. While it has human nuclear DNA within its genome, there are also distinctly non-human, non-archaic hominin, and non-ape sequences. We describe it as a mosaic of human and novel non-human sequence. Further study is needed and is ongoing to better characterize and understand Sasquatch nuclear DNA.”

Ketchum is a veterinarian whose professional experience includes 27 years of research in genetics, including forensics.  Early in her career she also practiced veterinary medicine, and she has previously been published as a participant in mapping the equine genome. She began testing the DNA of purported Sasquatch hair samples 5 years ago.

Ketchum calls on public officials and law enforcement to immediately recognize the Sasquatch as an indigenous people:

“Genetically, the Sasquatch are a human hybrid with unambiguously modern human maternal ancestry. Government at all levels must recognize them as an indigenous people and immediately protect their human and Constitutional rights against those who would see in their physical and cultural differences a ‘license’ to hunt, trap, or kill them.”

Full details of the study will be presented in the near future when the study manuscript publishes.

Dr. Ketchum is available for interview or to answer further questions about the Sasquatch genome study and associated research on novel contemporary hominins at media@dnadiagnostics.com

new video clip and video summary of other clips.

Kitsap 911 Call -- Bigfoot in the Backyard?  Warning -- some swearing from the man who dialed 911.  Authenticated as part of my research for IN SEARCH OF SASQUATCH.

Don Jeffrey Meldrum:  A number of years ago, Gordon Strassenburgh organized a symposium on the subject of sasquatch for the annual meetings of the Society for Scientific Exploration (held that year in Kalispel, MT). Three of the presentors were invited to write up their presentations and submit them for publication in the society's journal. I just stumbled on the archive of reprint pdfs from past issues available on-line and thought I would share for those interested.

Cryptomundo's terrific writer Craig Woolheater shared this footage on the blog, New Year's Day.  It reminded me of how much I love the late Paul Freeman's video, especially this uncut version.  Some say it's faked, but I doubt that.  Freeman has always seemed credible to me.  So I'm sharing the link to Cryptomundo HERE and the YouTube video as well.  Enjoy, and Happy New Year!

My friend Erik Brooks is a brilliant illustrator and a great human being.  Check out his Thanksgiving comic above and his exceptional blog right HERE.  I love this, for obvious reasons.  Happy holidays to everyone. 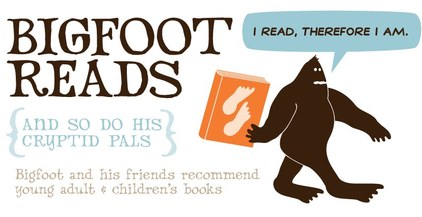 Okay, part of why I posted a link to the Bigfoot Reads blog is because it briefly mentions IN SEARCH OF SASQUATCH.   But the main reason is more simple.  I love the blog header!

Bigfoot hat, anyone?  Yeti hat, too? 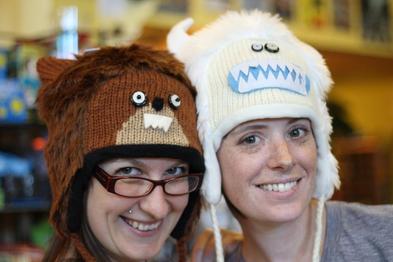 Have you been aching for your own Bigfoot ear flap hat?  Have you had dreams of wearing a Yeti on your noggin?

If you live in Spokane, Washington, your dreams can come true, thanks to the brilliant buyers (pictured to the left) at Boo Radley's Toys & Gifts at 232 N. Howard in downtown Spokane (across from the fountain in Riverfront Park).

BTW, that's my daughter, Kerry in the Bigfoot hat (left), and her friend and co-work Jen in the Yeti hat (right).   Aren't they just SWELL? 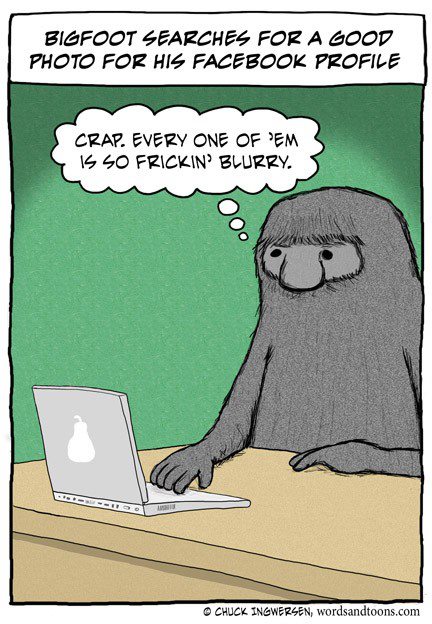 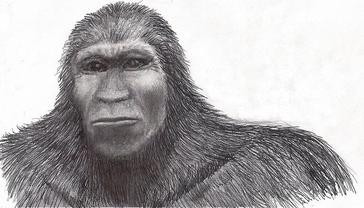 For a complete review of his experience, visit the Bigfoot Field Reporter's blog.  It's a detailed write up.

Here's a preview:  Bruce was walking down a trail with one other investigator when he heard movement behind them -- repeated movement.  As a gesture, or perhaps to distract the "visitor" he left his full canteen on the trail and walked on, then radioed his fellow investigators, asking them to pick it up when they walked back to camp.  Once they got to the spot on the trail, they found an empty canteen with a turtle shell carefully placed on the container -- a thank you gift?  It's hard to tell.

As dramatic as that sounds, it's nothing compared to what happened next.  Be sure to read the blog.  Bruce had an amazing, personal exchange, according to this reporter's story. 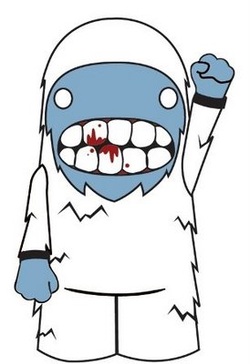 The image has nothing to do with the post.  It's just cute.  But this website, put together by the Oregon Bigfoot folks, is a great stop for all kinds of Sasquatch SOUND files.

Which one to you find the most convincing? 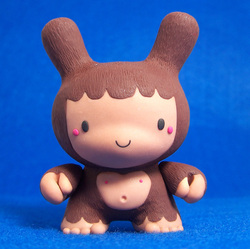 Is this the cutest Bigfoot adaptation EVER?  I found it on this terrific website for $65.00.  I may just have to buy it for myself for Christmas.

Be sure to watch for the flex of her thigh muscles, the length of her arms and the evidence that she is, in fact female -- that's why experts call her Patty. 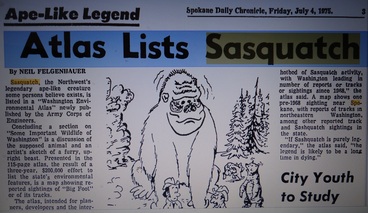 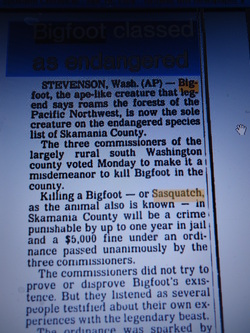