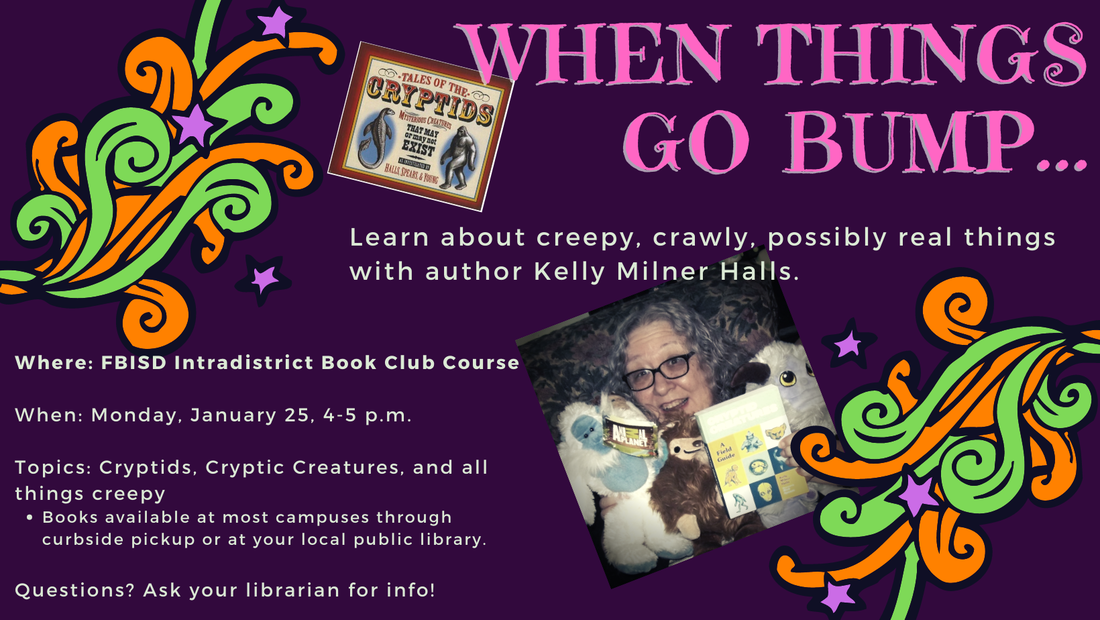 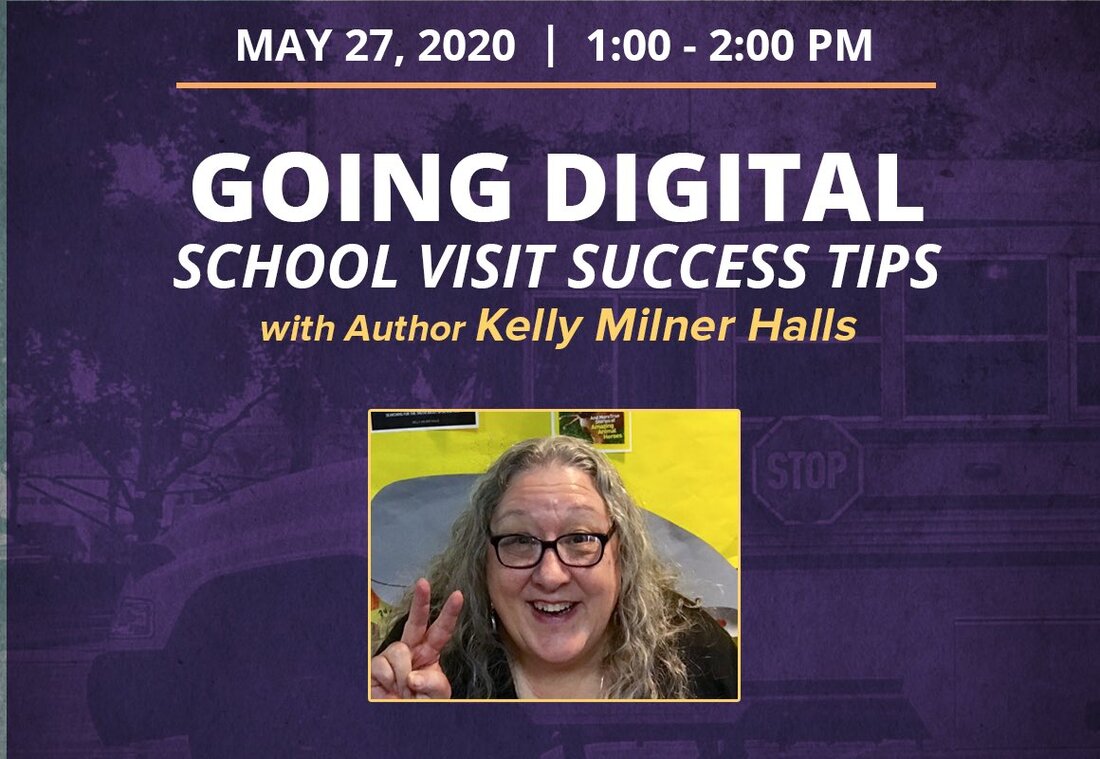 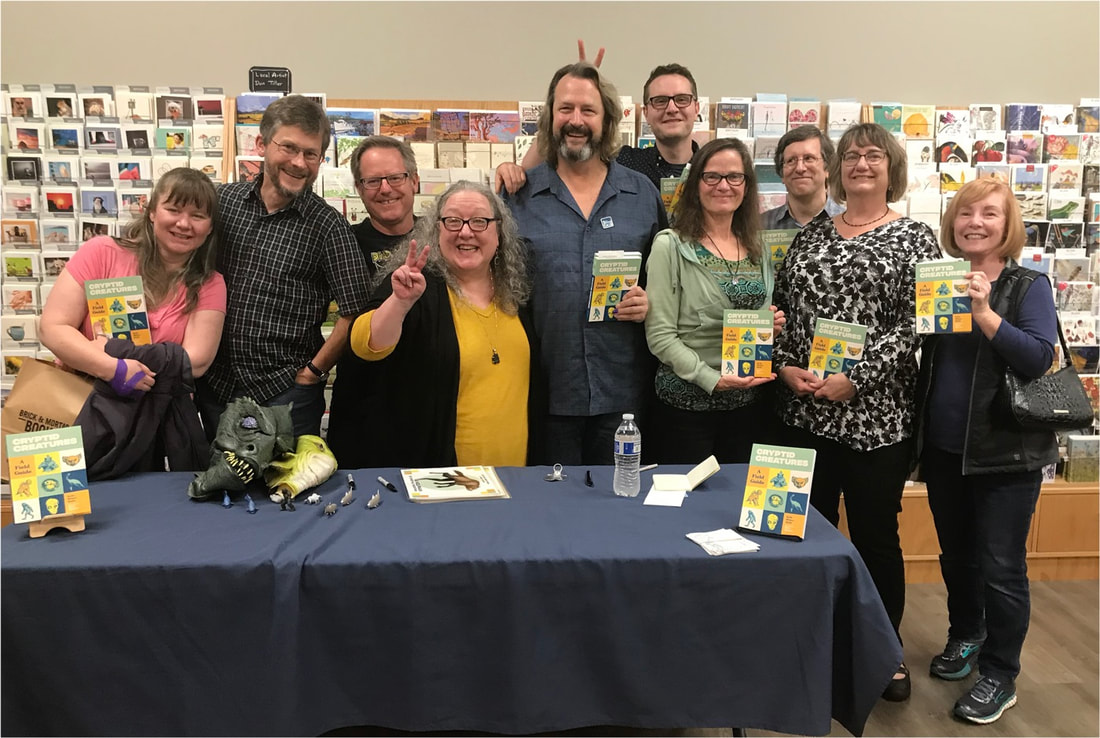 I had a great day at Martin Warren Elementary, thanks to super librarian Kirsten Shaw, her students and her amazing kids, Logan, Rory and Griffin!  Thank you so much for making my four day dash in Missouri so outstanding!

Thanks for having me, Athol, idaho! DEATH EATER mask rocked! 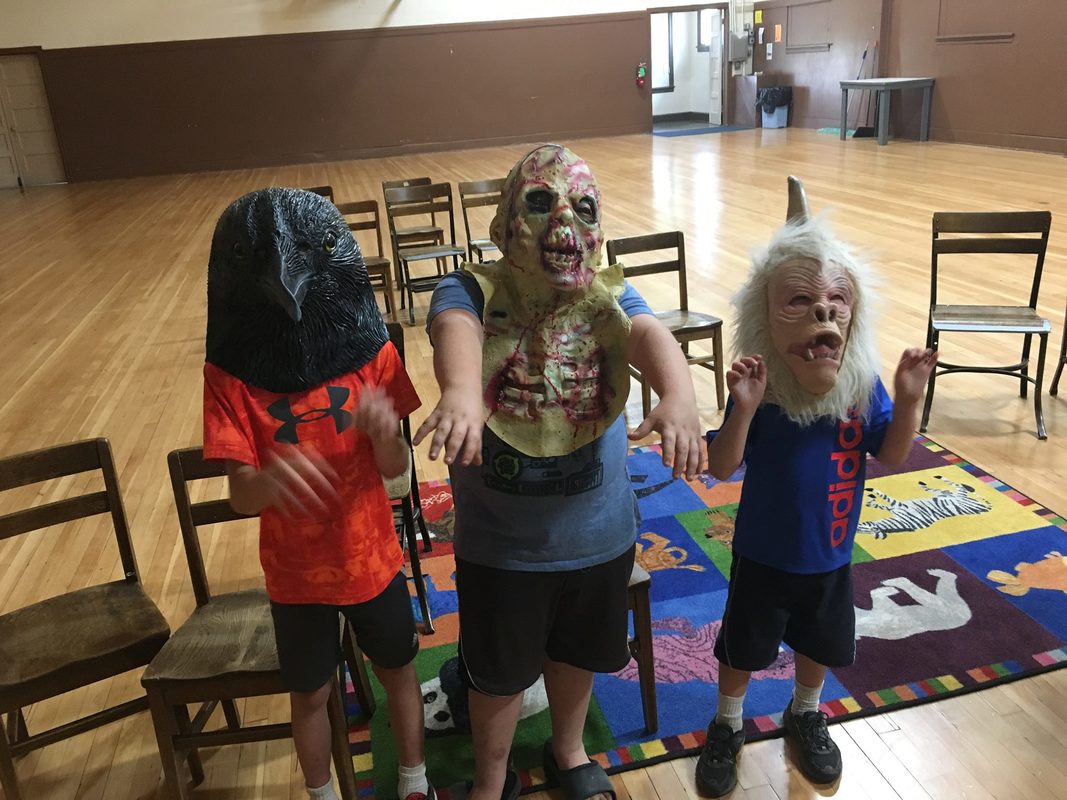 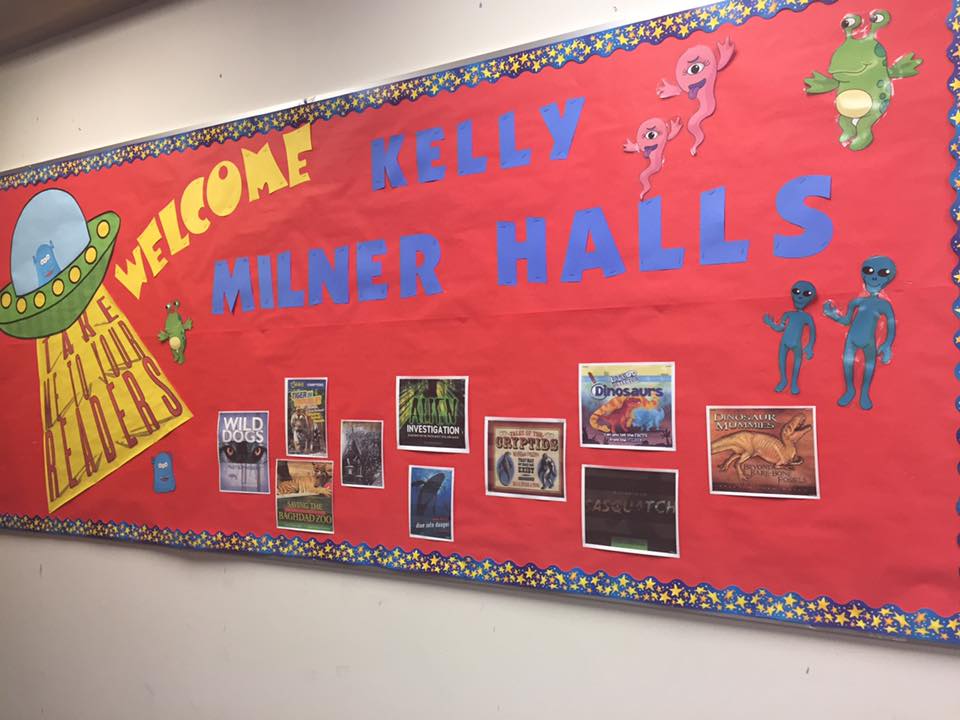 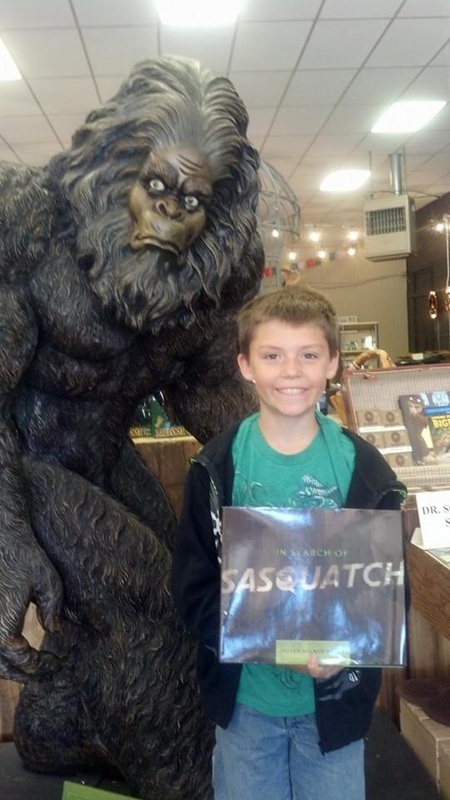 Many thanks to Allison Murphy Dabler for sharing this picture (above) of her son holding my book, IN SEARCH OF SASQUATCH at the Copper Creek Mercantile, 15 S. Main Street in Joseph OR.  I am delighted! 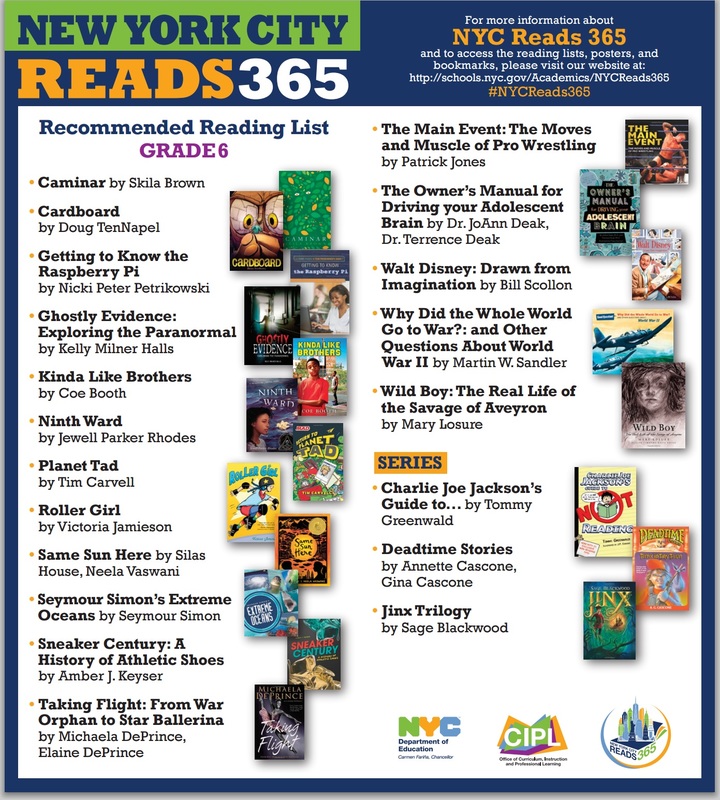 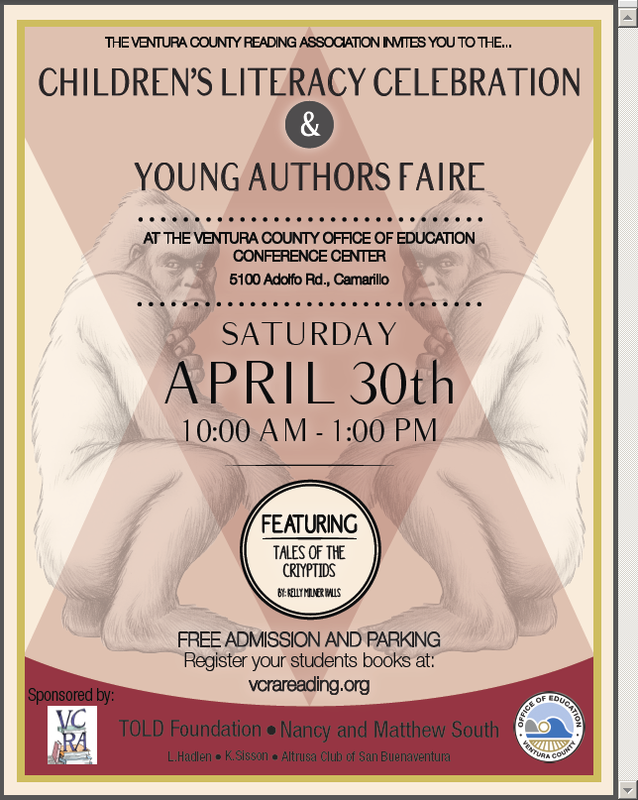 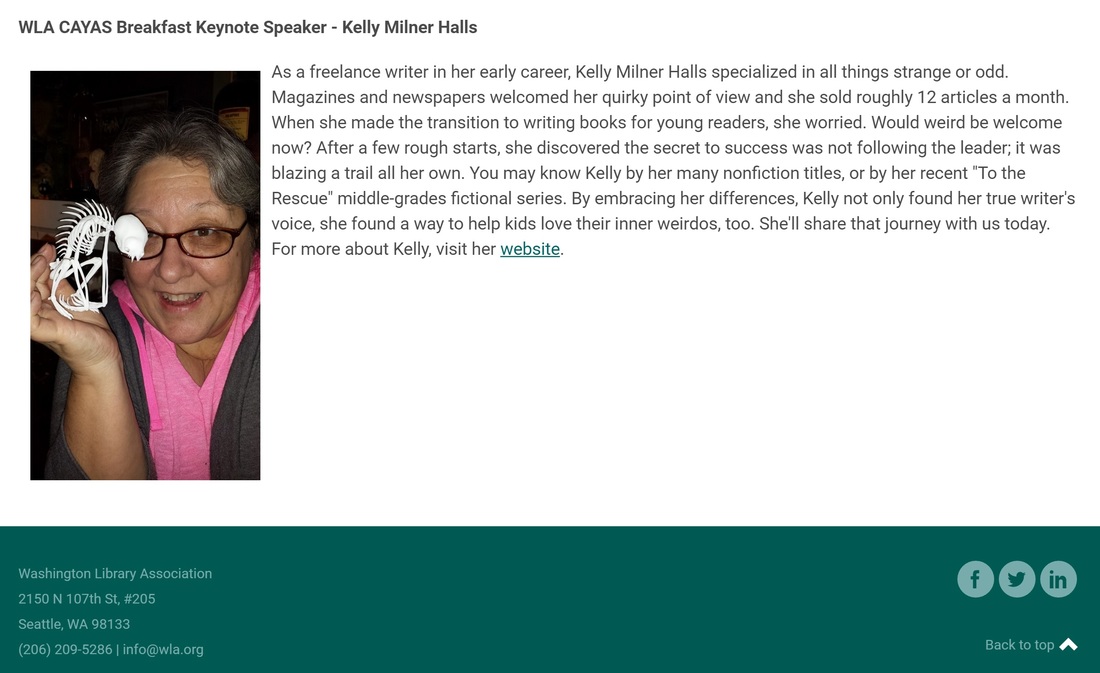 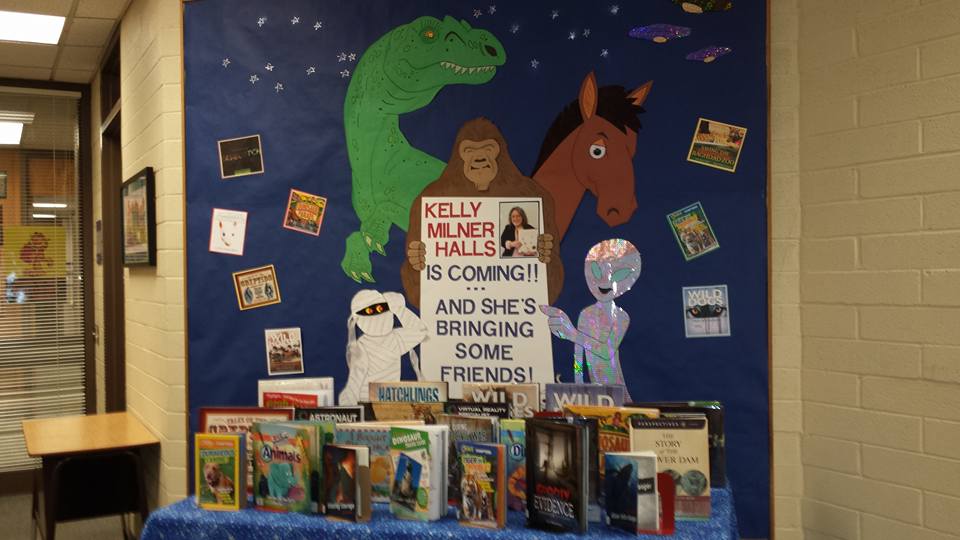 I joined Matt de la Pena, Laura Vacarro Seeger, Kimberly Willis Holt, Brad Herzog, Suzanne Morgan Williams and dozens of other amazing authors and educators this weekend --  Friday and Saturday, February 27 and 28, 2016 -- at the Nevada Reading Week Conference!  I also got to visit Roy Gomm Elementary in Reno, and both events were wonderful.  Thank you, Reno! 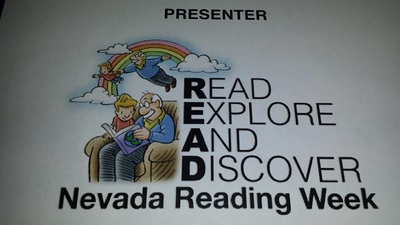 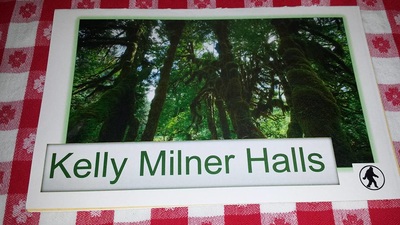 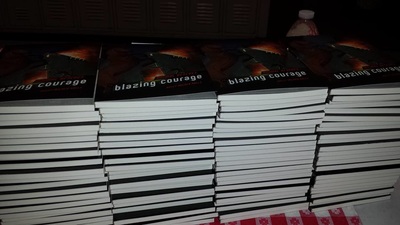 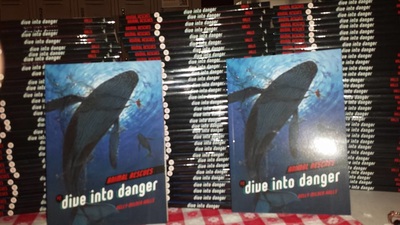 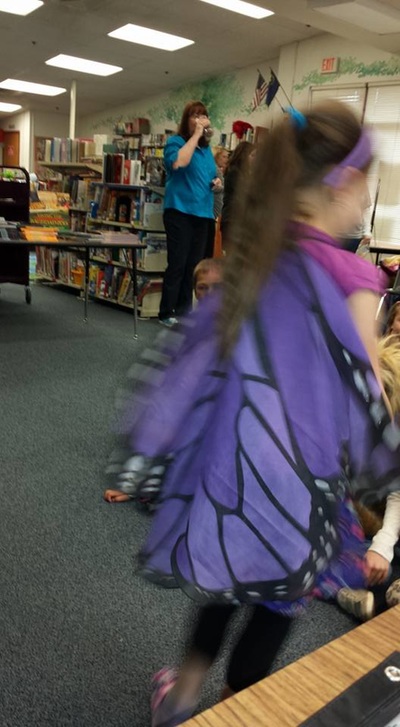 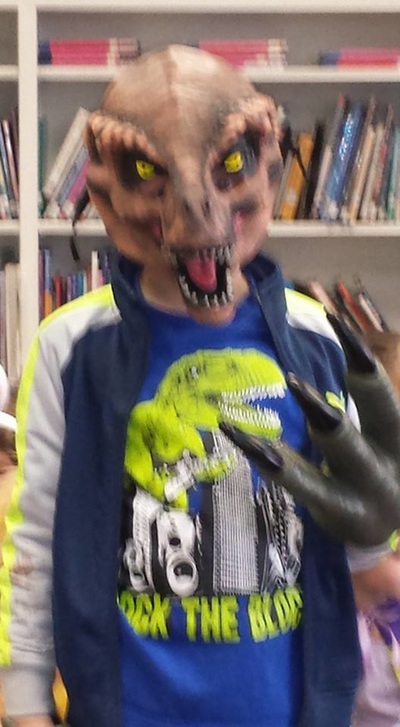 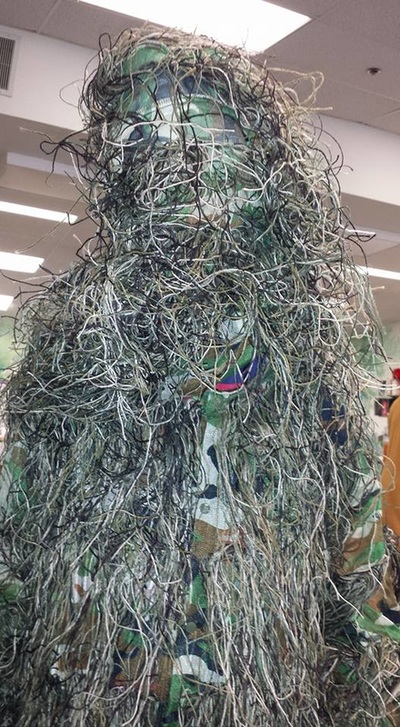 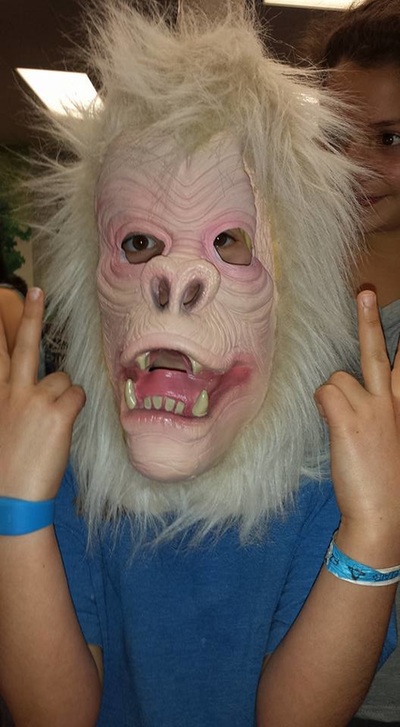 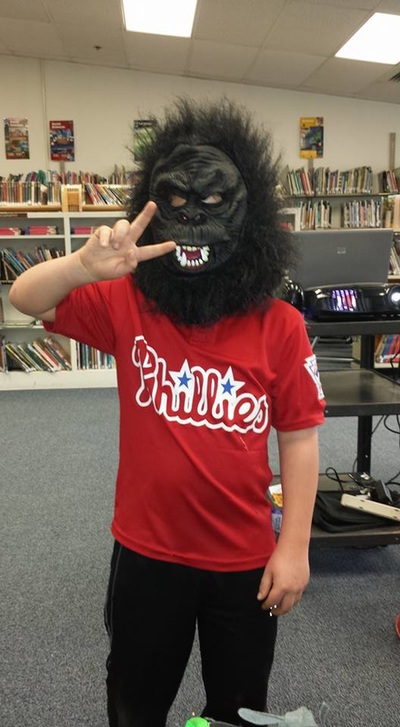 Check out Marci Hay and her amazing students & bookmarks! <3 <3 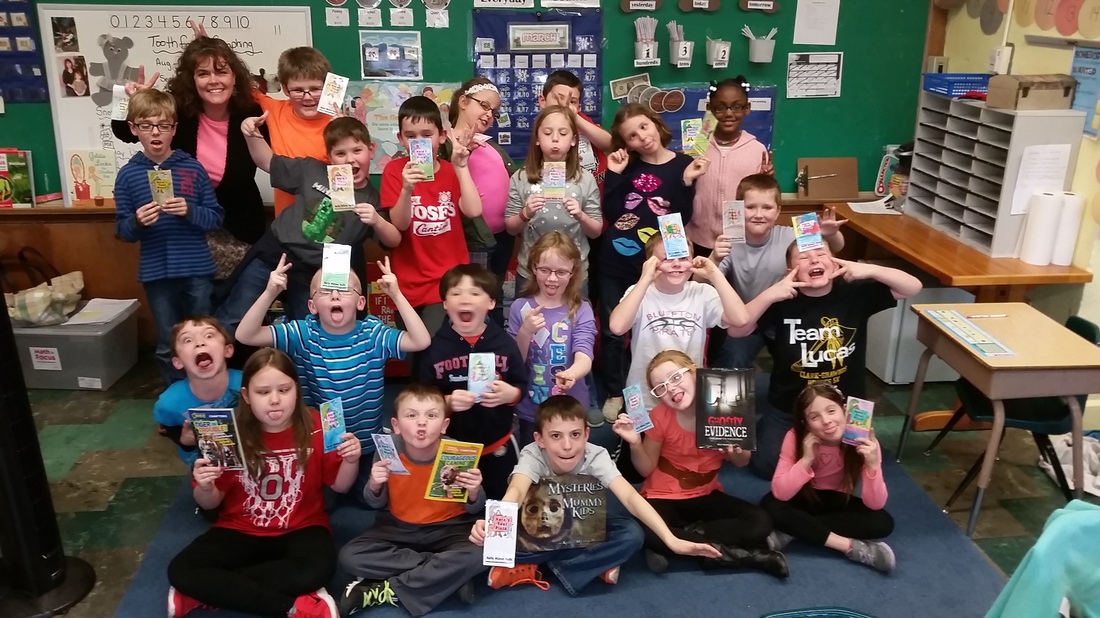 Thank you, Cascade View Elementary for a great day!! 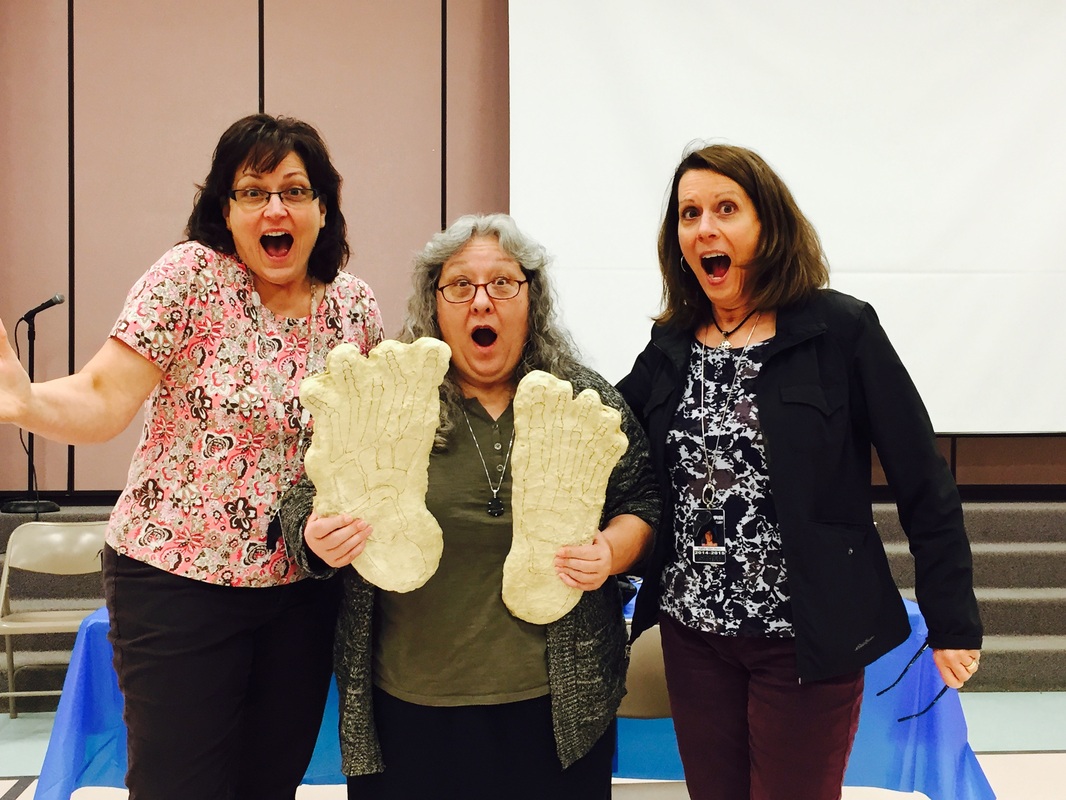 Cascade View Elementary in Snohomish, WA welcomed me and my weirdness on March 5 and boy did we have fun!  Pictured is Principal Tessa O'Connor, yours truly and Teacher/Librarian Kathy VanHorn.  Such a great day!  Thanks!

Audubon Elementary, thank you for having me in December of 2013 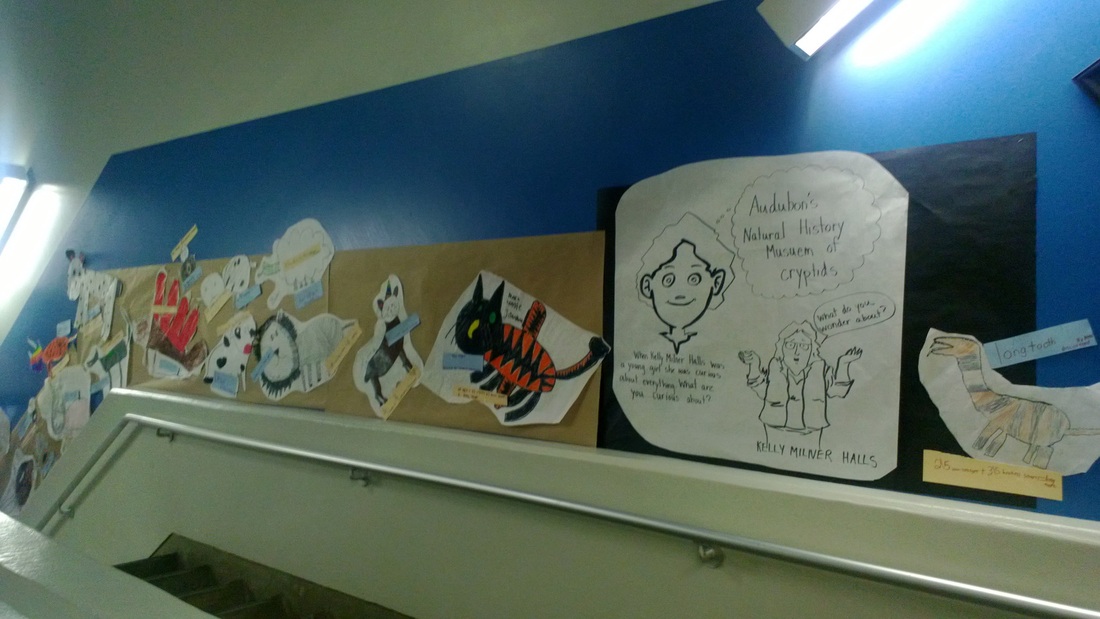 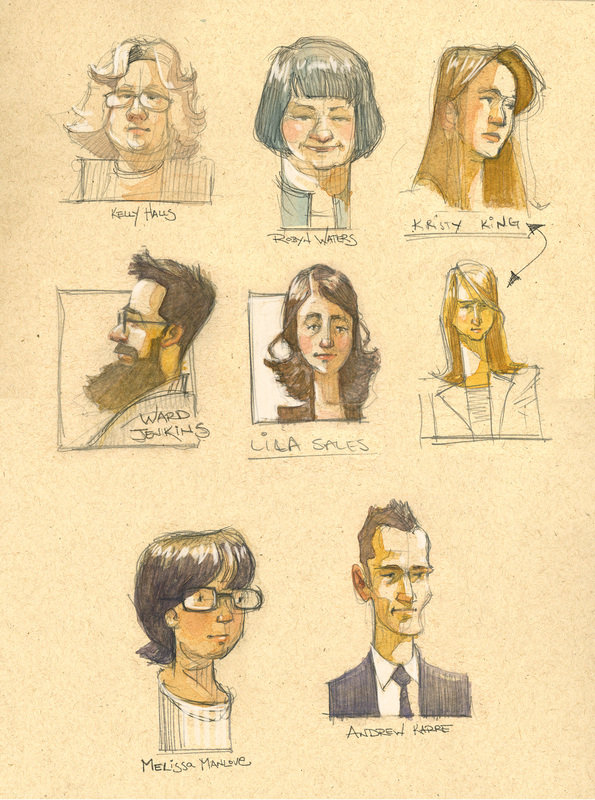 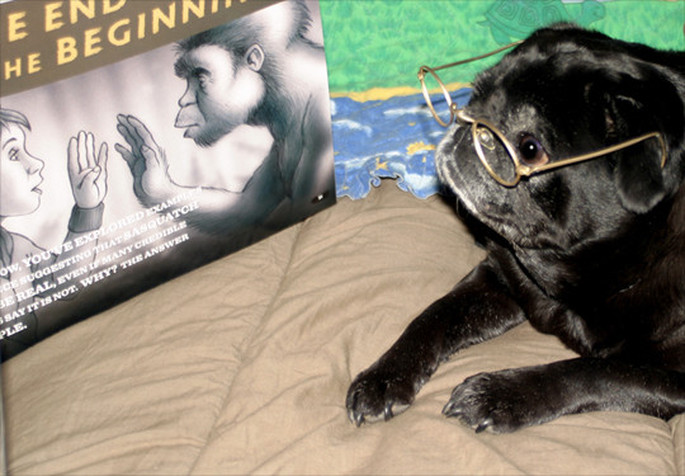 How cute is this?  Queen Pug reading "IN SEARCH OF SASQUATCH," as featured HERE!  Thanks, Suzanne. 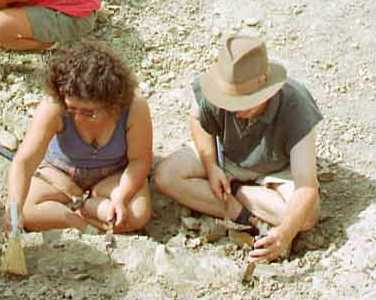 Highlights for Children sent me to Ekalaka, Montana to cover the excavation of a T. rex.  Rick came with me because he's an illustrator, and because it was a T. rex dig.  How often do you get the chance to do that?  Man, it was SOOO fun.  It was so hot, you never had to go to the potty.  You sweat all liquids out through your sun drenched pores.  And there was no such thing as cool water -- or anything else.  But I wouldn't have missed it for the world.  I think Rick had a good time too.  How do you say that city name?  The ranch owner (the woman who let the diggers chip away at her land) told us, "To remember how to say it, just remember, "EEEEEEEK.  A lock A."  Don't cha know, that's one thing I never forgot. 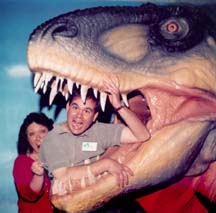 Rick Spears, pictured between the meat eater's teeth (I'm right behind him) was about ten years younger when this picture was taken.  So was I, obviously.  But even then, I knew he'd always be one of my best friends.  He illustrated my first book, DINO TREKKING.  And we both went to Dinofest, a dinosaur convention, in Tempe Arizona this year. Jurassic Park was HOT stuff -- one kid kept asking, "Hey, where's the old guy with the beard," when he saw the Jurassic Park display -- and so were all things paleo.  So Rick, who makes 3D dinosaurs as well as illustrating fantastic children's books, and I had a fantastic time.  It was one of the first of many, many things to come. 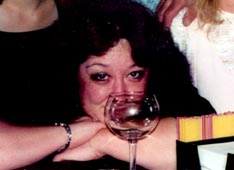 One of my earliest presentations was for the Northern Ohio SCBWI, man, a LONG time ago...maybe eight years, I guess.  Mike Lyons, the art director for Guidepost for Kids and Guidepost for Teens was also there and we'd worked together a lot of years on all the articles I wrote for them.  Mike is one of the sweetest, most talented art directors I've ever known.  And the RA was a super hard working young mother and writer.  I did okay, even critiqued a few writers (including Nancy Roe Pimm) who went on to publish books of their own. And I handed a monthly column I used to write for Child Life magazine off to the RA.  I didn't have time to write it anymore, and she was so smart and enthusiastic, I knew she'd do a great job in my place.  I had a good time in Ohio.  I hope they ask me back again, someday.

One chick to another... 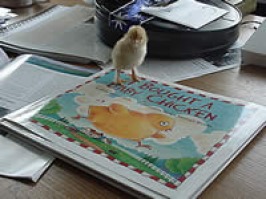 Is this the cutest picture you've ever seen?  Maybe not, but it's pretty cute.  A scientist I knew for a while -- one I hope to know again one day, named Dave Gallo at the WHO Institute --  sent me this picture of a baby chick sitting on my book I BOUGHT A BABY CHICKEN, inspired by the real chickens my girls raised when we lived in Colorado.   He once told me a story of an octopus that cllimbed out of his tank, slid his way over to the tanks across the room, climbed up and ate the fish "safely" harbored at a distance.  According to Dave, once his belly was full, the little guy made his way back to the tank he called his own, leaving his keepers mystified.  What happened to those fish?  A videocampera finally helped them solve the mystery.  Hey Dave, if you're out there, drop me an email.

Before I was a writer... 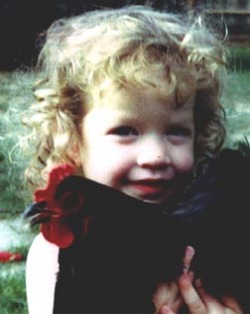 ...I was a mom -- of two girls; Kerry, my eldest, and Vanessa, pictured here at three.  Holding Mrs. Black, her favorite chicken, she represents exactly the reason I write for kids.  Look at the joy and curiosity in her face.  Look at the trust and possibililities visible in her eyes.  That's why I write for kids.  Look deep enough, and you'll see those things in the eyes of all kids, assuming they haven't been taught to hide them away.  I write for kids because I respect their magic so very much.  It's an honor, doing the work I do.  Thanks kids -- especially my own.