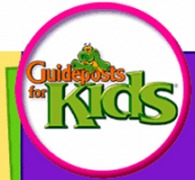 Itching to get the latest, greatest toys? Pestering your parents for more clothes and games and gadgets and STUFF? Look out! You may have been bitten by…The Materialism Bug

Every December, just before Christmas, millions of kids begin a yearly ritual: making out THE LIST. A trendy doll with all the accessories. The official sports jersey of your favorite player. The 25 Beanie Babies you must have for your collection. The newest, fastest video game system. Sound familiar?

What kids want for Christmas and birthdays—and all the days in between—controls how a lot of parents spend their cash. And all that spending really adds up.

Consider the Pokémon craze. Nintendo sold 2.6 million Pokémon game cartridges (most to kids 8 to 12) last Christmas. And another hot sensation, the Furby, had even Pokémon beat. Tiger Electronics sold 8 million of the googly-eyed creatures in less than a year.

Ask 9-year-old Vanessa how many of those $29.95 Furbys wound up in her overstuffed room and she shyly admits, "Four. I guess I went a little bit overboard."

According to Chicago psychologist Dr. Antoinette Saunders, Vanessa is not alone. "Kids sometimes get caught up in collecting what they want rather than appreciating what they have," she says. That urge to accumulate things is called materialism—getting and keeping more than you actually want or need.

How do kids fall victim to the materialism bug? Sometimes it’s hard to avoid. Watch your favorite TV show, and you’ll see lots of commercials aimed at you—and other kids. Newspaper and magazine ads want you believe that cool kids have it all. And if you want to be cool, you need it all, too. Companies work hard to convince you that their products—especially expensive products—are "must-haves." When Pokémon cries out, "Gotta catch ’em all," they want you to believe you need all 151 of ’em!

Here's the good news: Kids can squash the materialism bug! How?

1. Keep it simple. Look around your room. Do you have more clothes than you can possibly wear? Do you have toys you hardly ever play with? "Do something about it," says Alison, 13. "Donate things to the poor."

2. Adopt an attitude of gratitude. Don't get so caught up in what you want that you forget what you have. "Every time I think I want another Furby," Vanessa says, "I try to remember how lucky I am to have four sitting on my dresser at home."

3. Resist! Avoid the temptation to buy too much. "It’s easy," says 11-year-old Garrett. "Think about whether or not you really need something before you ask for it."

One surefire way to exterminate the materialism bug is to "Look…to the interests of others" (Philippians 2:4).

"I had three bikes," Vanessa says. "My mom said I could only keep one when we moved." So the fourth-grader rolled two bikes out to the street and marked them "for sale." But then it happened. Zap! Her need to get was transformed into a need to give.

"This really sad lady pulled her car over and said her kids wanted bikes for Christmas, but she didn’t have any money to buy them," Vanessa remembers. "So I ripped the signs off and gave her the bikes for free. It felt really good to have the power to help."

It’s a power that’s catching on. When 10-year-old Colin heard about the "dump children" living in poverty in Guatemala, he decided it wasn’t fair. "I get so much," he said, "and those kids have to do without."

Zap! Colin asked his parents not to buy him any Christmas presents. Instead, they took the money they would have spent and bought school supplies, personal items (soap, toothpaste, and toothbrushes), and toys for the poor kids he’d heard about in church. "It made me happy on Christmas day," says Colin.

Like Colin, most kids who do things for others realize that giving can be more fun than getting. Adam, 7, puts it this way: "It’s good to like your toys and it’s important to take care of them. But we have to take care of one another, too."

If that annoying materialism bug’s biting you, that’s a great thing to remember!

MANY, MANY more sample clips are available upon request.  Just ask me.  Kelly -- KellyMilnerH@aol.com